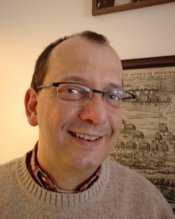 This study is based on an analysis of more than 2,300 court cases concerning acts of bestiality and same-sex sexuality in rural and urban Sweden 1880-1950. Other written sources are forensic psychiatric statements, mental hospital records, material from the Swedish Sex Reform movement, newspapers and scientific journals, and minutes of the Swedish Parliament and its subcommittees. In cooperation with the Nordiska Museet – The National Museum of Cultural History, a questionnaire was sent out to 286 informers born before 1945, asking about attitudes to bestiality and same-sex sexuality in their childhood. Finally, a limited number of interviews has been used.

The material is analysed on two levels: the level of social control and the level of sexual practice. This allows the author to use the sources partly as remnants of the regulatory practice of the judicial system, and partly as a second hand source of the personal lives of those who were prosecuted for these crimes. The method is a mixture of quantitative analysis of all the court cases and close reading and analysis of the contents of each case. Parameters as class, age and gender are especially investigated, in order to place the development of the understanding of sexuality in a social context

The dissertation argues that Sweden underwent a paradigm shift during the twentieth century – with the 1930s as the most important breaking point – from a rural penetrative sodomy paradigm, to an urban masturbatory homosexual paradigm. The paradigm shift was the result of deep-going social and demographic change in Sweden, but more specifically, it had to do with the production of new sexological knowledge. In the dichotomy homosexuality/heterosexuality, bestiality had no place and was never seen as a sexual deviance in its own right. In rural areas, however, the older paradigm lingered on. On the level of social control, medical science gave new incentives and new methods for control of sexual deviance. Commitment to mental hospitals, hormonal treatment and castrations were used to neutralise unwanted manifestations of same-sex sexual behaviour.

Sweden, unlike most other European countries, included women in the ban on bestiality and „unnatural fornication.“ However, women were only rarely prosecuted. Of the 2,333 court cases under study, only 12 concern same-sex sexuality between women, and no women were prosecuted for sexual acts with animals. Lesbian identity was discussed and redefined in the 1930s, and most court cases concerning sex between women are from the 1940s, when the legislators actively sought knowledge about female homosexuality. The new urban masturbatory paradigm of homosexuality facilitated the inclusion of same-sex sexuality between women in the legal and medical discourses.