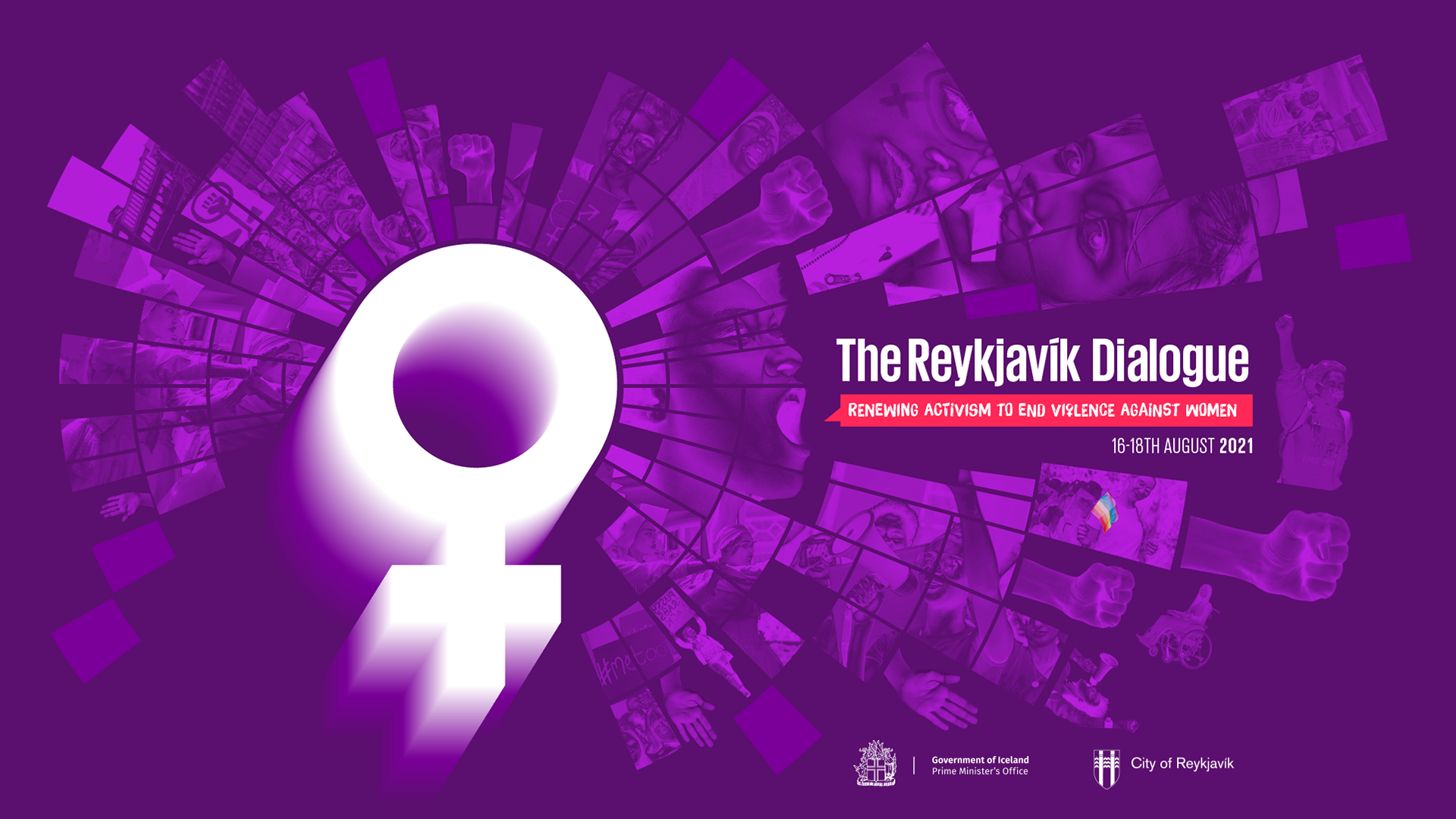 The Reykjavík Dialogue takes place 16–18 August 2021 and is hosted by the Icelandic government in co-operation with the City of Reykjavík and the Nordic Council of Ministers. This international event is organised in collaboration with RIKK – Institute for Gender, Equality and Difference at the University of Iceland.

The Reykjavík Dialogue is devoted to renewing activism to end gender-based violence. The event consists of a conference which is followed by a dialogue where activists, practitioners, and survivors from around the world will together set an agenda for work to end violence against women and girls.

The Conference
The agenda starts with the conference on 16–17 August with both in-person and virtual participation. All sessions are open to registered participants. The conference will focus on survivor-centred justice by exploring how to advance traditional as well as non-traditional pathways to justice. As part of demands for state and perpetrator accountability, the goal is to investigate the different dynamics of deep-rooted issues of gender-based violence and sexual harassment. The conference brings together activists, survivors, practitioners, academics, and policymakers for panel discussions, which will include the following themes:

CONFERENCE
We have always known and argued that different forms of gender-based violence are interconnected and mutually reinforcing. We know that the real agenda for elimination must be accountable to the survivors of abuse, it must learn from them and deliver to them. So, we ask: How do we ensure our visions of elimination remain centre stage? What does a broad and relevant frame of justice look like to survivors? How do we envision life free from violence and strategize for change? How do we continue to disrupt, undermine and transform oppressive power structures that replicate the inequalities at the heart of violence?

In the Reykjavík Dialogue conference we explore how the meaning of justice in cases of sexual violence is usually equated with criminal justice. However, such a narrow interpretation of justice has proved to be unsatisfactory for survivors of sexual violence. Taking survivor-centred justice seriously demands the rethinking of different justice mechanisms and the creation of different political, social, and legal pathways to justice, while taking into account that survivors are differently situated in relation to class, race, nationalities, gender, sexualities, and abilities. To address the “justice deficit” in cases of sexual violence, the conference will explore how to develop traditional and non-traditional pathways to justice as part of our efforts to hold the state and offenders to account.

In order to address these issues, we bring together activists, academics and policy makers for panel discussions with the aim of informing the work of the subsequent Reykjavík Dialogue.

All addresses and panel recordings: