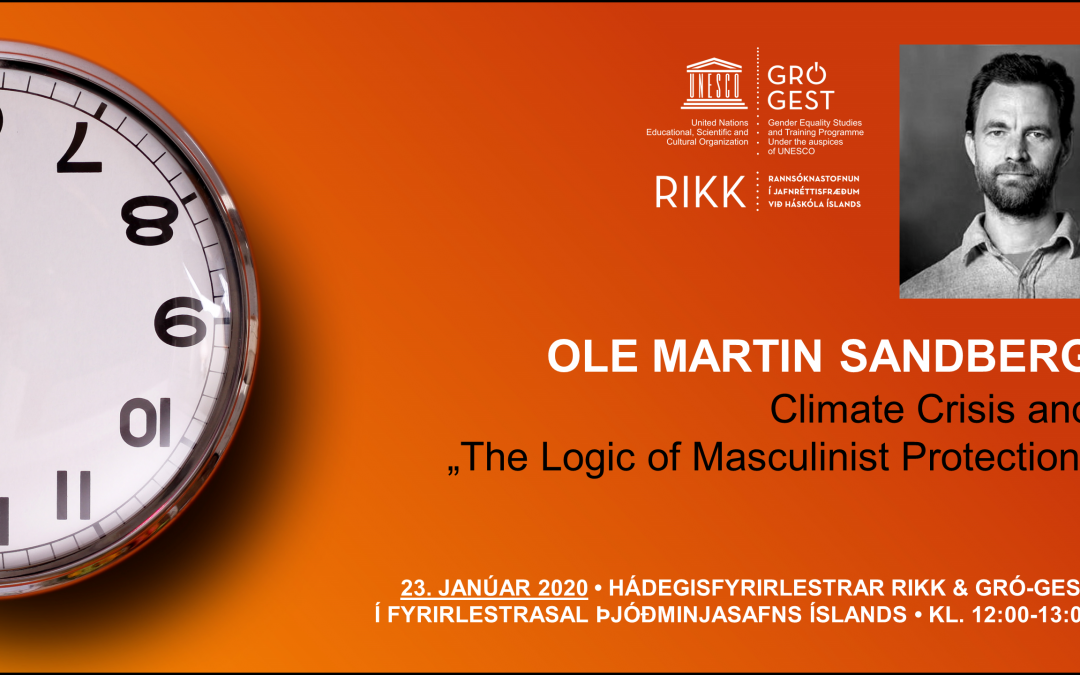 Climate Crisis and „the Logic of Masculinist Protection“ 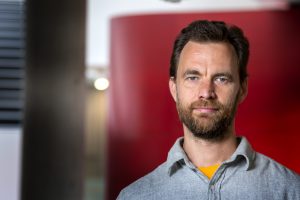 Ole Martin Sandberg is the first lecturer of the RIKK and GRÓ-GEST Lecture Series for Spring 2020 with a lecture entitled “Climate Crisis and “the Logic of Masculinist Protection.”” The lecture will be held Thursday 23 January, 12:00-13:00, at the Lecture Hall of the National Museum.

We are already seeing the disastrous consequences of the climate crisis around the planet, and as global carbon emissions keep rising the future is uncertain. For some scholars, the collapse of human civilisation and even human extinction are real possibilities. Social collapse is also a prevalent theme in in contemporary culture and popular entertainment. This lecture argues that this fear might be misguided. The current climate crisis is terrifying, but what we should fear is not the collapse of social order as we know it but its continuation. Drawing upon Iris Marion Young’s “logic of masculinist protection” I argue that the fear of social collapse tends to make us seek protection by giving more power to those in charge of the political system, while we lose trust in each other. Thus, the climate crisis is more likely to lead to the intensification of current power structures, globally and within nations. As the already vulnerable suffer from climate catastrophes, those who are protected and already powerful will increase their domination, especially if they do so under the guise of the “benevolent patriarch” that promises to protect us from disorder. This logic undermines the elements that are most needed to survive disasters: care, social trust, and mutual aid. The talk analyses the social and political reactions in recent real disasters as examples of what we can expect more of, and learn from, as the climate crisis intensifies.

Ole Martin Sandberg is a PhD candidate in philosophy and a teacher of Ethics of Nature at the University of Iceland. His paper, “Climate Disruption, Political Stability, and Collective Imagination”, on which this lecture is based, will be published in the forthcoming issue of Radical Philosophy Review.

The lecture is in English, open to everyone, and admission is free.

The lecture series is held in collaboration with the National Museum of Iceland.

Here you can view a recording of the lecture. Eyja Margrét Brynjarsdóttir is the moderator.