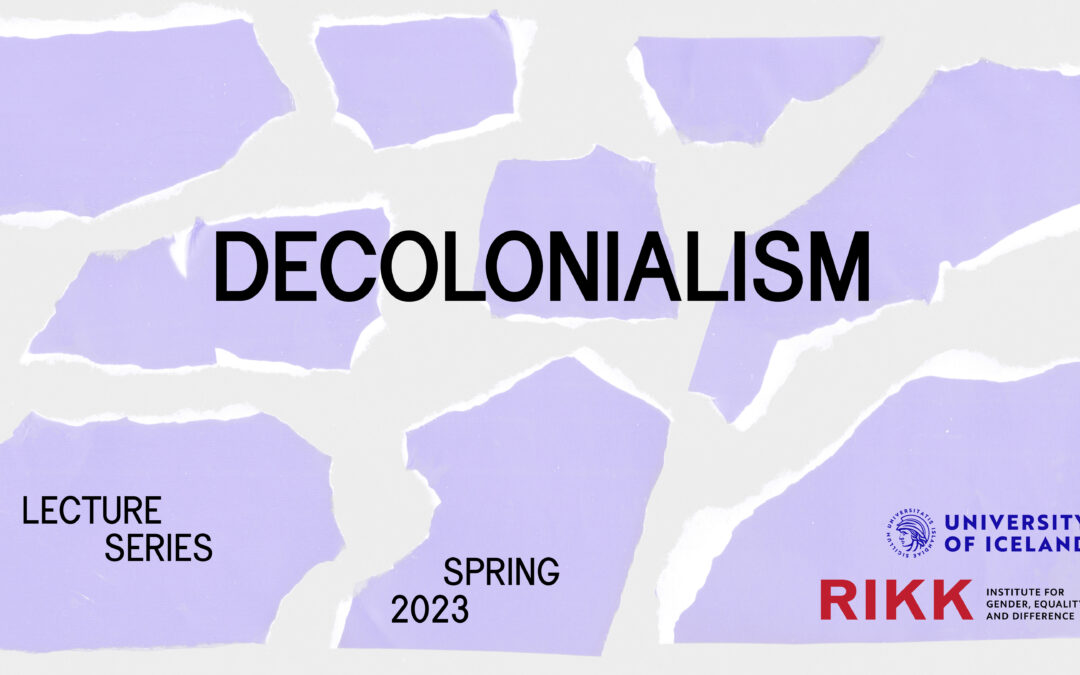 The topic of the RIKK – Institue for Gender, Equality and Difference‘s Spring 2023 Lecture Series is Decolonialism. The series includes diverse and interdisciplinary research that looks at various aspects of decoloniality and particularly research that looks at the underlying ideology of colonialism and imperialism, in the context of women’s and gender studies, feminism, and equality in a broad sense.

The start of the series is 2 February when Sólveig Ásta Sigurðardóttir discusses Nella Larsen’s Quicksand (1928) as part of writing against Nordic colonialism. The following lecture is on Wednesday 8 February where Æsa Sigurðardóttir will analyse whiteness in the cultural archive. Sólveig and Æsa’s lectures are given in Icelandic but the following six lectures in the series are in English. Thursday 23 February Marsha Henry looks at the gendered, racialised, and militarised politics of peacekeeping. Marai Larasi’s lecture on 15 March is titled ““Time Travel” as Liberation Strategy. Reflections on Decoloniality, Memory and Black Feminist Imagination”. The 30 March lecture by Mukul Mangalik will take examples from Latin America, Africa, and South and South-East Asia in his exploration of un-gendering histories of anti-colonial struggels for liberation. Benjamin D. Hennig’s lecture is on the power and politics of colonial cartography and will take place 13 April. The penultimate lecture of the series, on 27 April, is by Sue E. Gollifer who will lead the audience through the experiences and perspectives of students when it comes to challenging coloniality in higher education. On 4 May the last lecture will be given by Ann-Sofie N. Gremaud who will shed light on the markings of Icelandic independence from Denmark on the centenary in 2018 with an analysis of discourses of colonialism and decolonialism.